This site uses cookies. By continuing to browse the site you are agreeing to our use of cookies. More info
Dating for Atheists 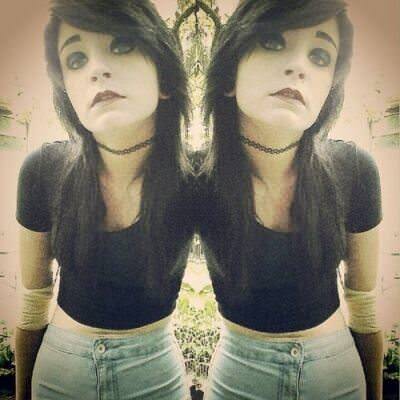 before you ask, my username is "face death" in latin. latin is cool.

mr. nobody is my favorite film of all time. i can't get enough of it, ever. and i'm huge (emphasis on the huge) on horror films. name one and i've pretty much undoubtedly seen it already. i'm not much of a television chick but i am obsessed with goosebumps. the books are rad too but the television show. ohmygod. i love it so much. light-hearted spookiness is my favorite.

music is a big deal. my chemical romance is my band. they are my dudes, forever and always. they've been with me since i was eleven years old and they changed me into who i am today. get ready for a huge list of bands that i also think are pretty damn sick.

i've been a vegetarian for six years and before ya ask, it's not hard and no i will not give you an explanation. just give me basically anything without meat in it, dude and i'll eat it. ((i am obsessed with mashed potatoes jsyk)

Last visit: Visible to members only!

Connect with sexy singles near you